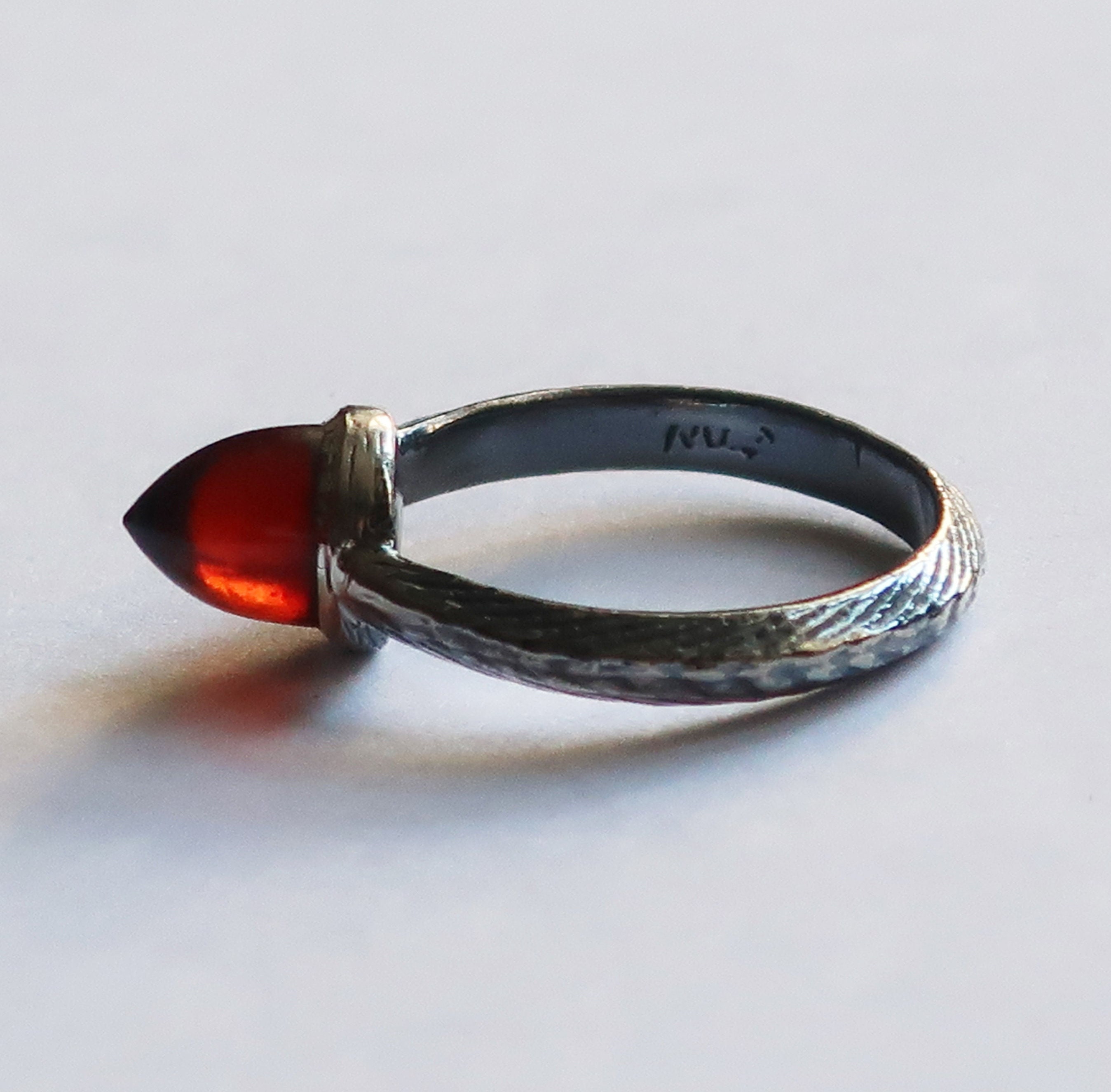 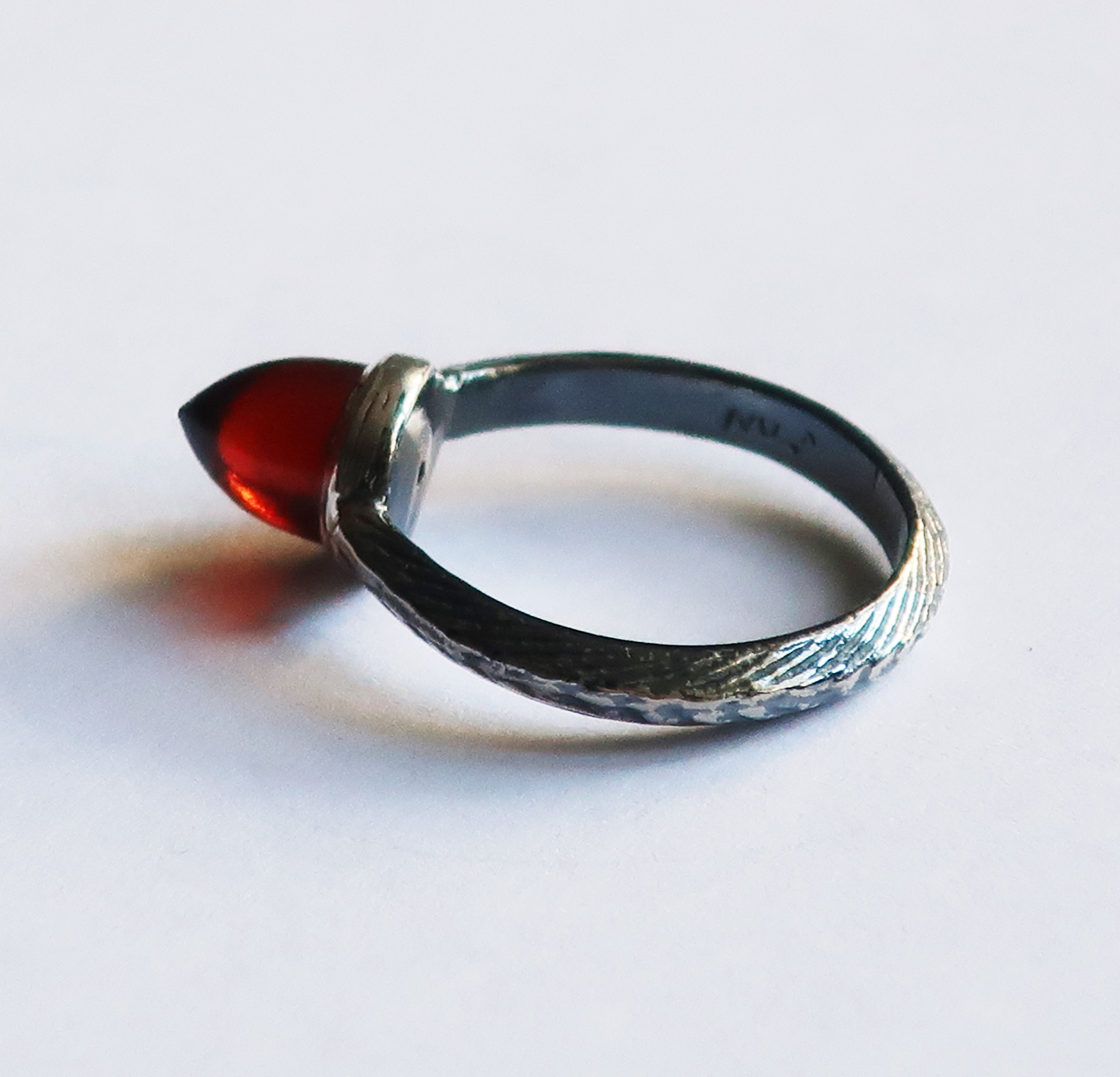 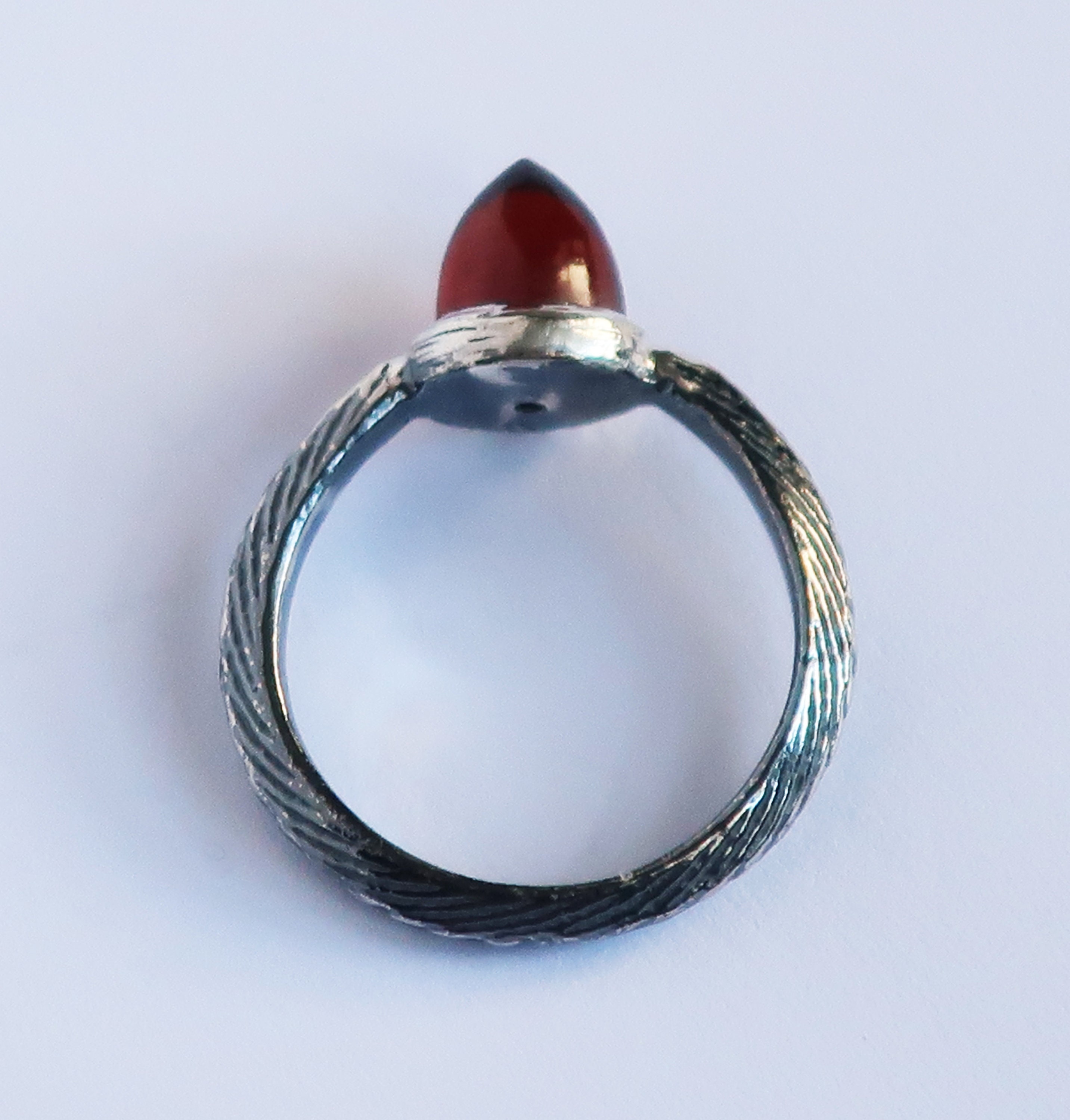 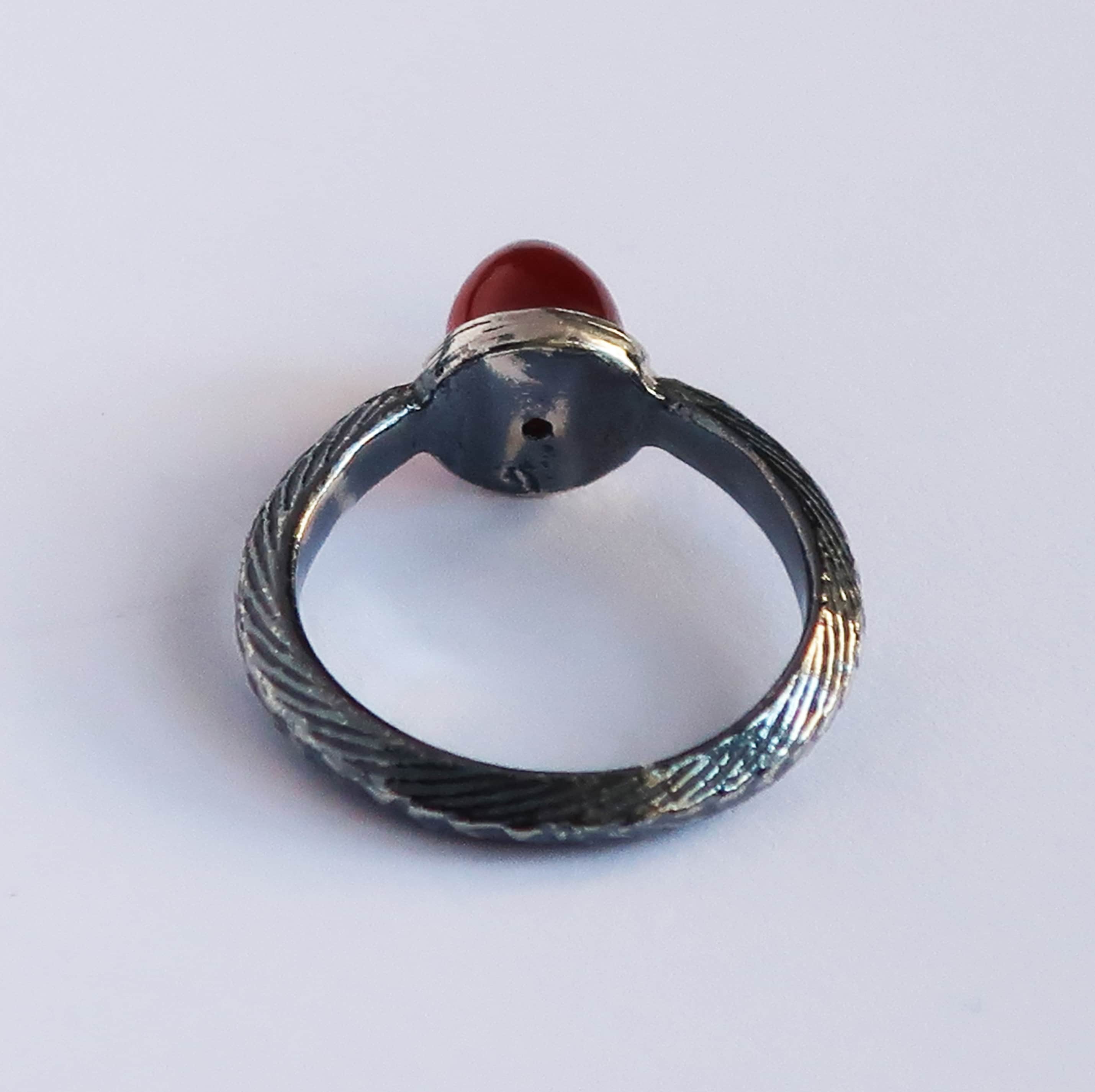 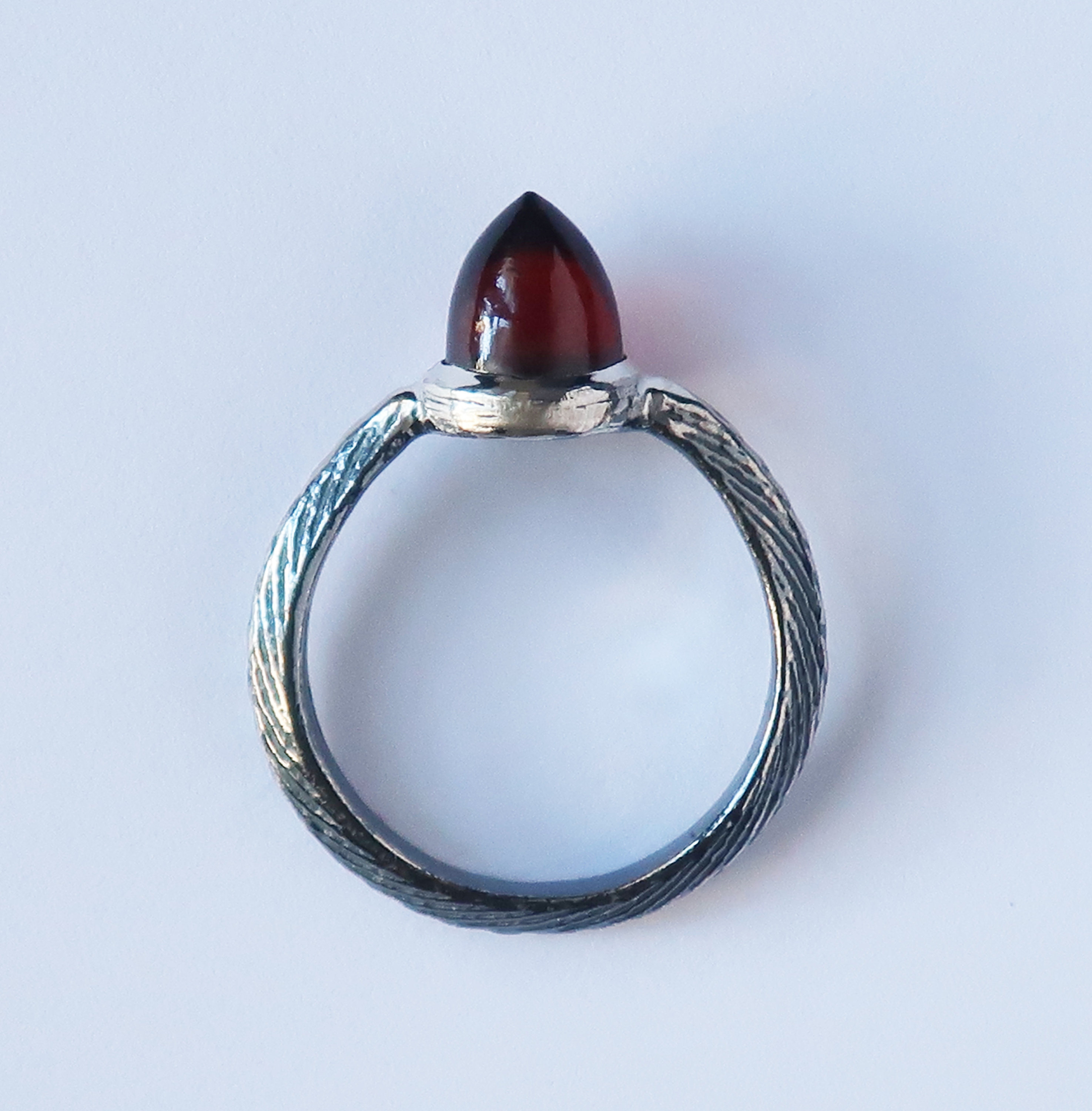 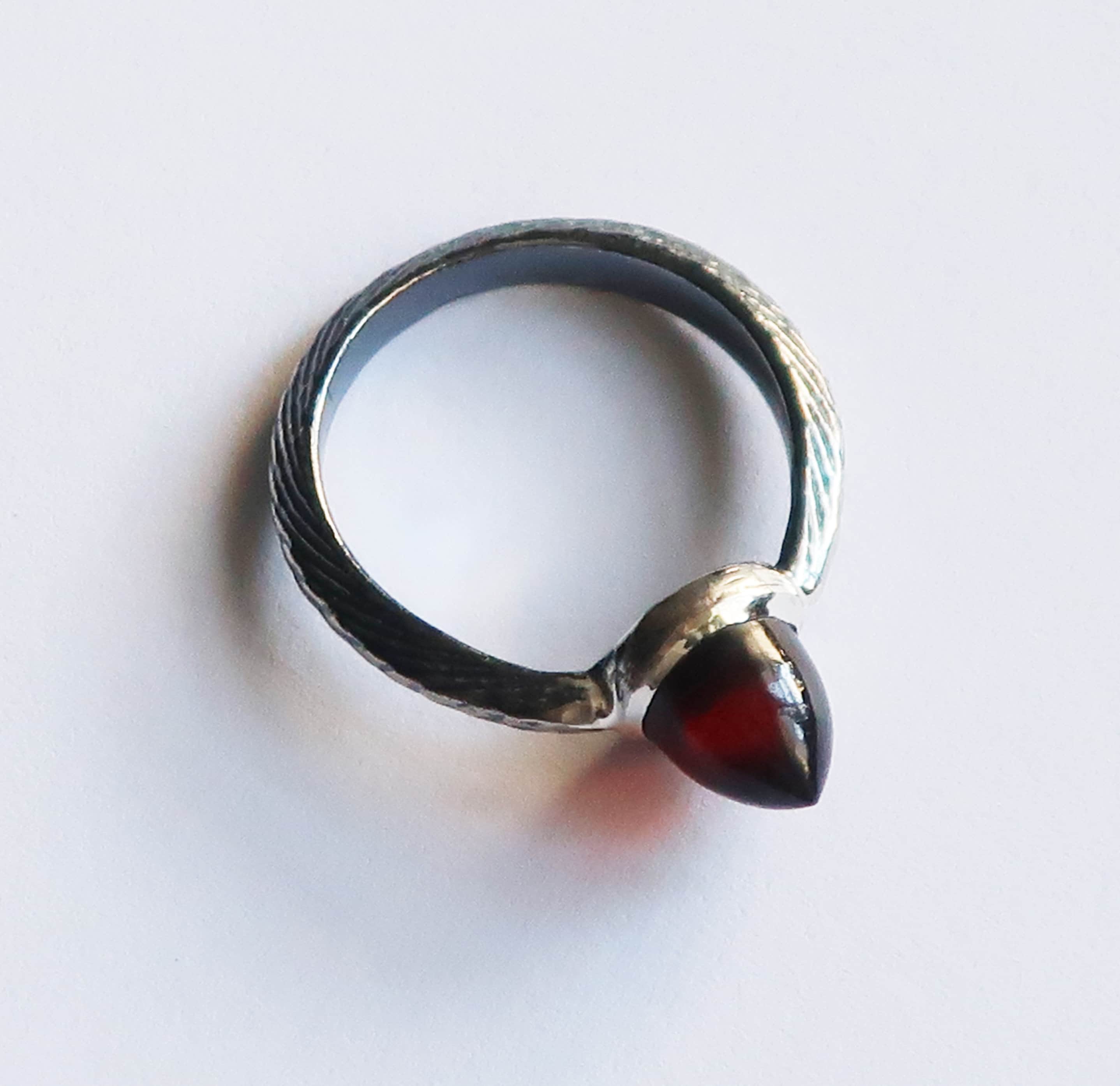 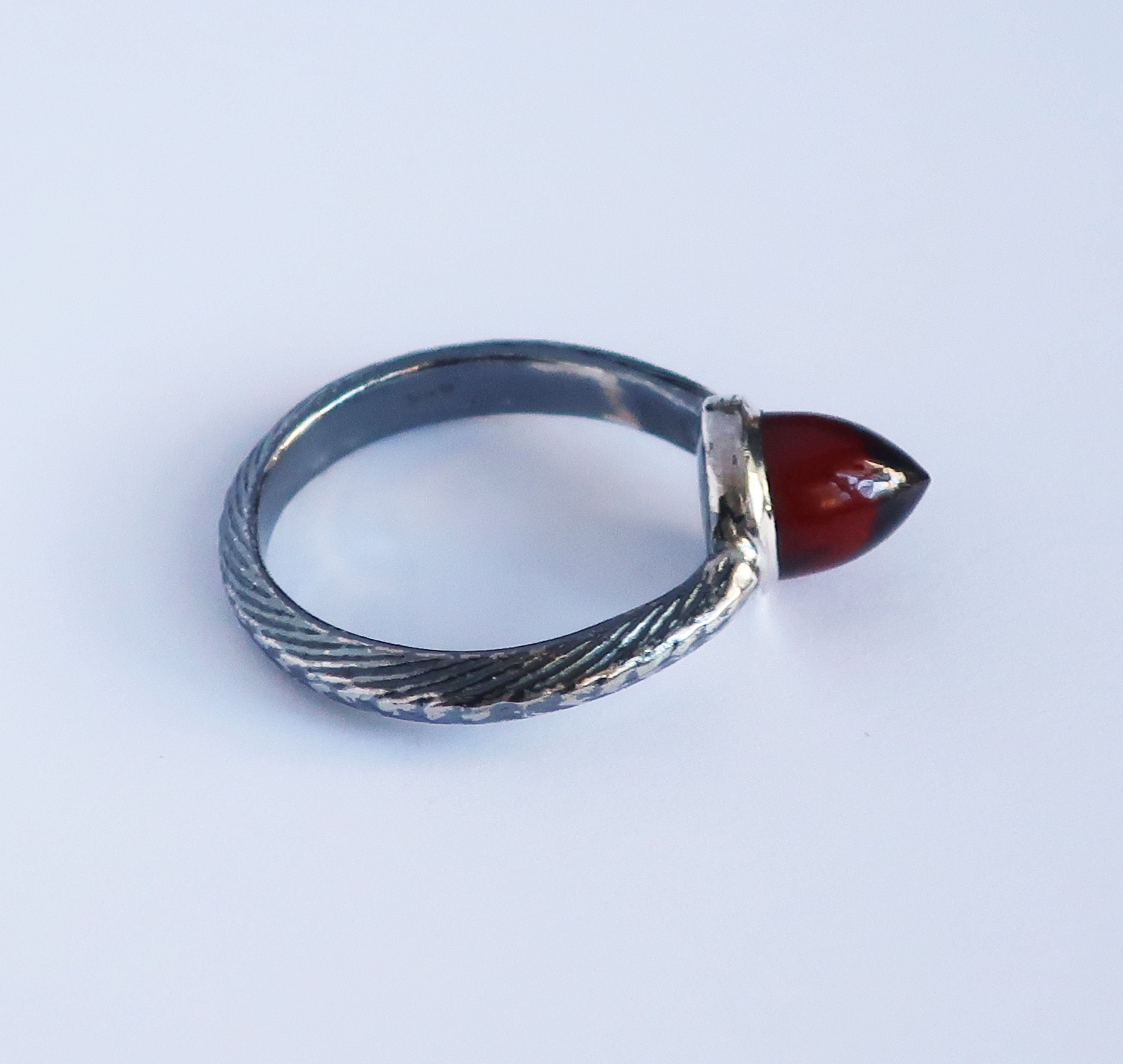 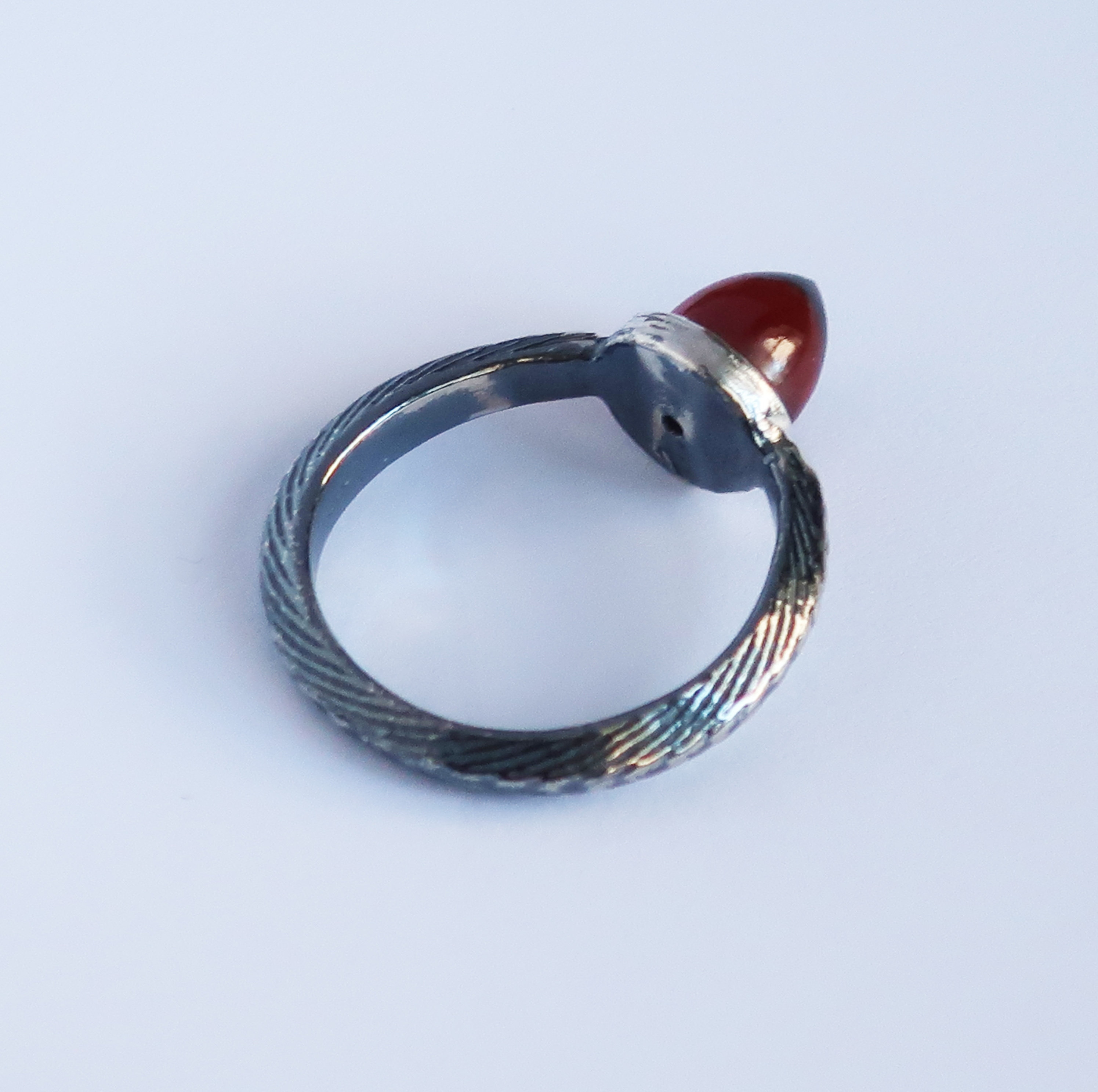 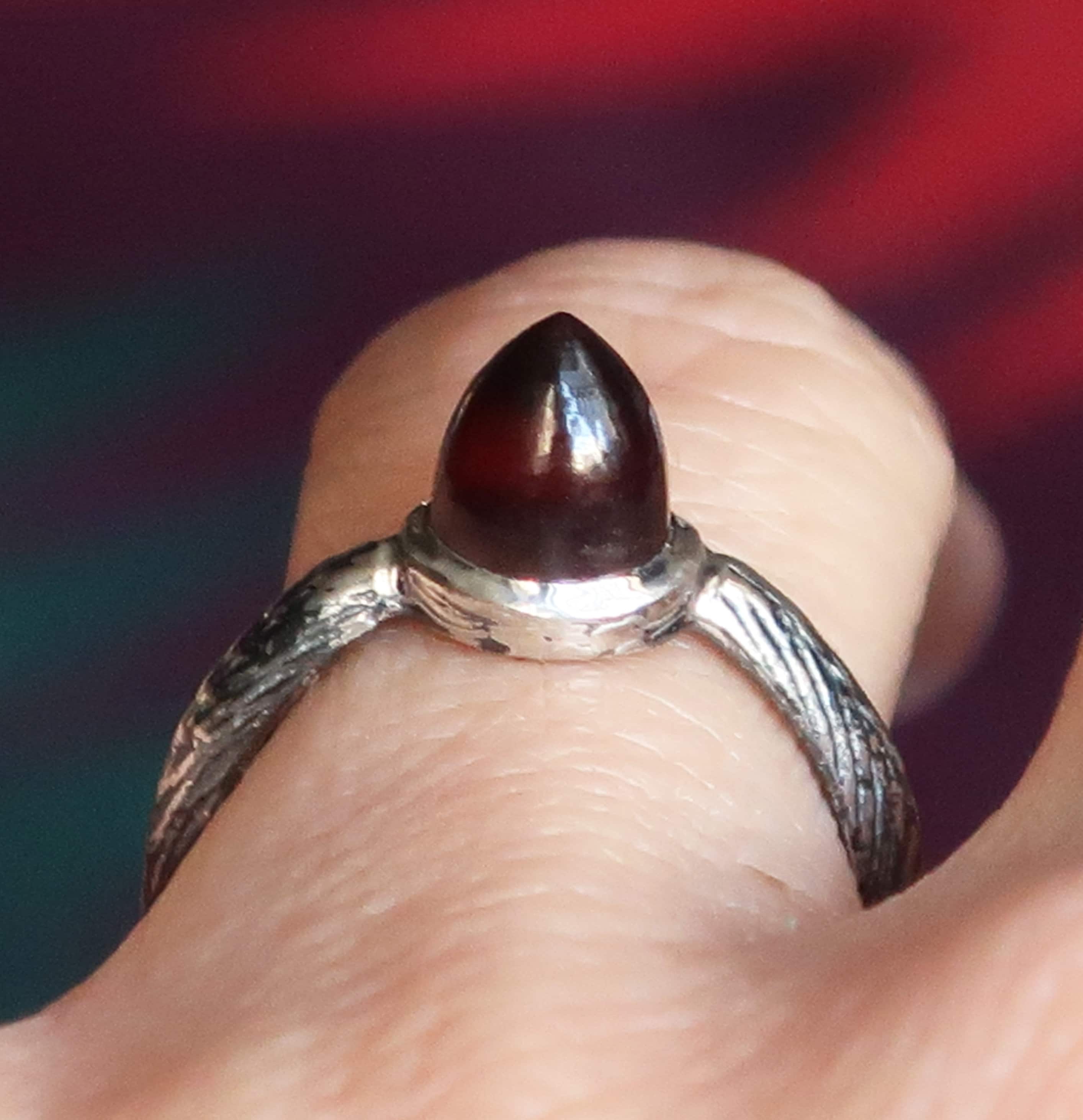 This is a ring I made early this year, 2022. I have been tinkering with this design over the past few years off and on, taking inspiration from medieval ring designs and then mixing that with a futuristic space-age idea-ha! I like to call the rings set with bullet cabochons Power Point Rings. I see them as empowering talismans.

To make the original model for the band, I used the ancient technique of cuttlefish casting. I then had a mold made of that and created additional wax models so that I can tweak each band to suit every additional ring made. This means that each ring ends up being unique as the final ring is influenced by the cut and shape of each gemstone chosen, and the precious metal I cast it in.

This particular ring is cast in solid sterling silver and set with a 6mm round, genuine red Hessonite Garnet bullet cabochon. The ring is US size 5.5. The band is approximately 3mm wide with an approximate depth of 2mm. It weighs 2.9 grams. The garnet bullet measures approximately 8mm tall.

I'll do my best to meet these shipping estimates, but can't guarantee them. Actual delivery time will depend on the shipping method you choose.

I gladly accept returns and exchanges

Ship items back to me within: 30 days of delivery

But please contact me if you have any problems with your order.

The following items can't be returned or exchanged

Because of the nature of these items, unless they arrive damaged or defective, I can't accept returns for:

0 items in your cart